The Importance of a Letter of Intent 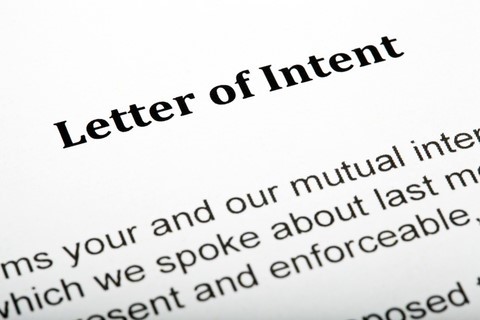 The Importance of a Letter of Intent in Commercial Transactions

Parties to a transaction often instruct their attorneys to draft definitive contracts as soon as a “handshake deal” is reached. Every important issue, it seems, has been hashed out between the principals, so the next step is to negotiate final agreements, right? Not necessarily. More often than not, a letter of intent should be the second step in the deal-making process – a bridge between the “handshake deal” and closing.

A letter of intent, or “LOI”, is a nonbinding document that sets forth the material terms of a proposed deal and is designed to confirm that a deal really has been reached and all parties are on the same page. An LOI typically outlines:

An LOI may also contain provisions governing confidentiality, due diligence rights and reimbursement of one party’s expenses by the other. Often such provisions are made explicitly binding, while the rest of the LOI remains nonbinding (which means that those promises are not enforceable). Even though much of the LOI is not binding, it still provides a detailed road map for the definitive documents and tends to prevent later renegotiation. 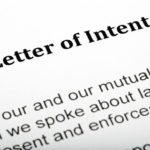 A letter of intent serves several other important purposes. First, it identifies “deal breakers” early in the process. Forcing the parties to confirm agreement on important terms early on, even in a nonbinding document, sometimes reveals that no agreement is in fact possible – that a certain right or obligation that one party demands is unacceptable to the other. In that case, the parties can terminate negotiations after incurring only minimal cost. Drafting lengthy and complicated definitive documents can be an expensive step, so if there are disputed points that cannot be reconciled, it is far better to reveal them early on.

Second, an LOI creates a clear path to closing. A well-drafted LOI will identify each definitive agreement that will be signed at closing and assign drafting responsibility for it. This avoids confusion and potentially duplicative efforts. Finally, an LOI gives both parties an early “test run” at the relationship. If, in the course of negotiating an LOI, a party shows itself to be unreasonable or dishonest, the counterparty has an early opportunity to weigh that behavior and decide whether to proceed with the proposed business venture.

Business people who are relatively new to complex transactions sometimes see letters of intent as a waste of time and money. In our experience, this view is short-sighted. Experienced deal lawyers can draft LOIs quickly and efficiently. Parties have more to lose by paying attorneys to draft definitive contracts too early, only to see the deal fall apart, than by seeking to resolve all material terms in a letter of intent as an intermediate step toward closing.

The attorneys at Capobianco Law Offices handle a wide range of complex transactions. If you are involved in a deal and want to discuss the potential need for a letter of intent and the best path to closing, contact us to set up an appointment.

The communication set forth above is not a substitute for legal advice or for reading the laws and other authorities described therein and is not a guarantee of any outcome. This communication does not create an attorney-client relationship with Capobianco Law Offices, P.C. or any of its attorneys. In any particular case, you should consult directly with lawyers at the firm. Depending on your specific situation, advice other than that set forth in this communication may be appropriate.