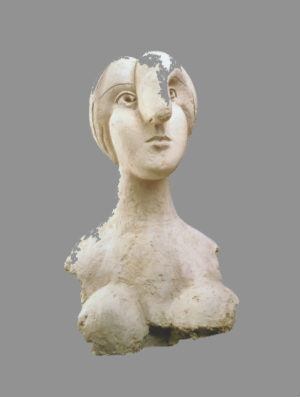 What happens when the owner of an artistic masterpiece sells it twice, to two different buyers? That question is now before a federal district court in New York City. The case will be instructive on various issues, including the mental capacity and authority of contracting parties, and highlights the importance of due diligence and concise, complete documents in any sophisticated purchase or sale transaction. 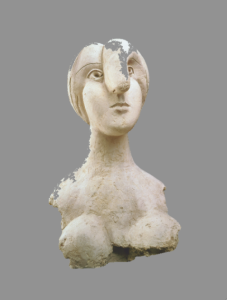 Larry Gagosian, perhaps the world’s preeminent art gallerist, claims to have purchased Pablo Picasso’s Buste de Femme (Marie Thérèse) (1931) from the great artist’s daughter, Maya Widmaier-Picasso, for $106 million. Representatives of the Qatari royal family, however, say Gagosian could not have bought the sculpture because they purchased it from Maya first, for about $50 million. To make things more complicated, Gagosian has already contracted to resell the sculpture to Leon Black, billionaire co-founder of the Apollo private equity firm. After inconclusive legal proceedings in Switzerland and France, the parties have turned to the U.S. federal courts to sort out this rather expensive mess.

According to the complaint in Gagosian Gallery, Inc. v. Pelham Europe, Ltd. (S.D.N.Y., Jan. 12, 2016, No. 1:16-CIV-214-WHP), Maya agreed in May 2015 to sell the sculpture to Gagosian for about $106 million to be paid in installments. Under the alleged terms of the agreement, title passed to Gagosian after he paid 75% of the purchase price, which he claims to have done. Only after title passed, Gagosian maintains, did he learn of a possible prior sale of the sculpture to the Qatari royals through their representatives, Pelham Europe. Gagosian’s complaint asks the court to “quiet title” to the sculpture and declare him its rightful owner.

On February 3, 2016, Pelham filed counterclaims against Gagosian, Diana Widmaier-Picasso (the artist’s granddaughter) and Black. Pelham alleges that it took ownership of the sculpture through a November 2014 sale transaction with Maya brokered by Olivier Widmaier-Picasso, the artist’s grandson. Pelham alleges that upon learning of this sale, Diana, a longtime business associate of Gagosian, manipulated her mother into reneging on the original deal and cutting a new one with Gagosian. Pelham has asked the court for a declaratory judgment affirming its ownership of the sculpture and for an award of damages against Gagosian and Diana for conversion and tortious interference with contract.

Though unusual in its exotic subject matter and celebrity cast of characters, this dispute holds several practical lessons for businesses and families seeking to dispose of valuable assets. One has to do with the mental capacity of decision-makers. There have been allegations in the case that Maya, who is 80 years old, lacked sufficient capacity to enter into contracts to sell the sculpture. The law generally presumes all adults to have the capacity to contract, but that presumption can be rebutted with evidence that a person is mentally unsound or cannot understand a particular contract and its consequences. This can become an issue as decision-makers within businesses or families age or face health issues. Careful succession-planning well before this becomes a problem is sound practice.

Another lesson involves establishing clear lines of decision-making authority. It appears from the competing allegations in the case that three of Picasso’s progeny – his daughter and her two children – attempted to control the sale of the sculpture. Lack of clarity over who has authority to carry out a transaction is a great recipe for litigation. This can be avoided through careful drafting of title documents, employment agreements and other contracts that define ownership of assets and agents’ authority.

Finally, when selling an asset, always make sure the sales contract sets forth plainly when title passes to the purchaser. This seems likely to be a crucial factor in the Picasso litigation. If either of the putative buyers can establish that it took title to the sculpture first, the other may be left, at most, with a claim for monetary damages. In many cases monetary damages are an adequate remedy. Not so with a one-of-a-kind masterpiece like Buste de Femme.

If you need assistance with structuring and documenting complex asset sales, contact the experienced professionals at Capobianco Law Offices, P.C.